The Past was Mine...

This month marks the fifth anniversary of my monthly new music blog. Here is where it started if you want to jump back to my original blog oldindiekid.blogspot.com Nov 2015

It was a simpler time - before David Bowie died, before Brexit, before Trump and before Covid.  The tunes were great too -  King Gizz & The Liz Wiz, Kurt Vile, Methyl Ethel, Surfer Blood, The Chemical Brothers,  Mercury Rev, Mark Morriss, Johnny Marr, Noel Gallagher's High Flying Birds & DMA's,
Apart from some time off in early 2020 when I got distracted by rejoining Twitter and the pandemic, I have been publishing my musical recommendations to anyone who cared (and many who don't) for half a decade now so I've given myself a badge to celebrate.  After 18 years I get a pint. 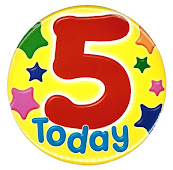 But The Future's Yours...

Here we go then - another twenty songs some ramblings and a Spotify playlist if you want listen along at home.  I recommend you support the artists buy paying for digital or physical copies of music and merchandise.  Head over to Bandcamp on Friday 6th November for the next Bandcamp Friday when they waive their fees so the artists get all the profit.

1) Red Smoke by The Reytons

Just released this weekend - Red Smoke is the first new music from The Reytons in six months.  It’s a huge tune and a real headbanger.  There is a bit of a theme in my playlist this week.  Everyone seems to be writing about rioting.

Western Australian psychedelic prog rockers with another epic song.  They’ve featured several times on my blog over the last 5 years and have just announced their 4th album is coming out in February 2021.

Red Leather is an uppercut of riffs, drums and beats that I consider a modern classic.  This remix was done by Phil Morris (head of 42’s Records) and Dave Pemberton (a former collaborator of major dance acts Prodigy, Orbital & Chemical Brothers) was released as a treat on Christmas Day 2019. Giving an excellent rock track another lease of life and bringing further attention to the Callow Youth band.

4) Feel The Past by Alligator Moon

The Yorkshire psychedelic rock band have featured previously on my blog and return with a funky infectious slab of disco rock and a snappy lo-fi video.  Check it out and their fantastic debut album "The Erratic Explosion of Colour & Compassion".

5) Here Come The Cops by The Stone Foxes

This sonic assault of a tune doesn’t pull any punches as the Californians attack the US police force over the death of George Floyd and countless others.

A new Northern Irish rock band from Bangor, who I discovered this month - they remind me of early Therapy? I used to enjoy metal, grunge and hard rock as a spotty teenager. I’ve definitely mellowed in my tastes but can certainly appreciate the harder edges of indie-rock which dominates this month’s playlist.

Over icy synths, Connie Miles provides icy vocals reminiscent of cool chanteuse Nico (of VU fame).  Remarkable for a 16 year old.  Connie also fronts indie school of rock band Revivalry, who I hear have a belter of a third single coming out in the next couple of weeks.

Scottish indie band from Fife who have been signed and championed by Alan McGee - who (like me) has a fair track record for spotting talent.  ;-)

9) Sun’s Gone In On Me by Scuttlers

The forth single from Manchester’s Scuttlers makes it four from four.  If you haven’t already heard this band then give them a spin and a follow - I guarantee it will improve your day.
10) Shrink by Tom Lumley and the Brave Liaison

“I need to get some sleep” - I can relate to the opening refrain. This song, full of furious guitar riffs, is about tackling your inner demons but not making progress with your current mental health professional.  It’s a great tune and fantastic to have this topic mentioned in song by an indie rock band.  The last time I can recall a shrink being mentioned in song was 25 years ago in Green Day’s Basket Case.

11) Alternative To Love by The Debris

Awesome London punk band under the influence of The Clash. I made a last minute substitution and included the Alternative To Love single from July in place of current single Setting Sun because those in the know are all over the new song and I adore the jail guitar doors vibe here.

I’ve been aware of the Voyd for the last six months and to be honest I could take or leave them.  I listen to a lot of new music and sometimes that means making initial judgement and moving on to the next band.  But this new Be There single blew me away and I now admit to being Voyd-curious. I’ve gone back and listened to their previous singles and I'm also enjoying Fallen Empire and Shameless.

A proper anthem this, and a return to the fighting on the streets theme.  A great follow up to their Forever and Sometimes singles.  I’ve yet to listen to their debut album released last year but it’s on my list of things to do next week - promise!

Great band from York who have branched out from their usual sound and have come up smelling of roses on this modern anthem.  I’m sure it’s my most played song since it was released a couple of weeks ago.  CDs and Vinyls of Darkness Falls also include the legendary YRA song. Shop here...  42srecords.tmstor.es/

15) Sonder by The Superlatives

A rock trio from Leeds who sound like a punky version of Oasis.  They have the songs, the voice, the swagger and attitude to put a rocket up the arse of something or other.  Definitely one to watch.

16) Lost Inside by Independent Music Club

An unhinged rock song full of guitars, big beats, Lewis Carol inspired lyrics.  Hard to describe in words but the closest I can think of is imagine Achtung Baby if it was written on Acid. Also check out IMC's Stargazing single which was bumped off the playlist by this new release.

17) Where Did It All Go Wrong? by The Maitlands

“Strung out on caffeine, fear of the vaccine, learnt everything I know from TV and glossy magazines” Manchester band’s single released back in June but has been a favourite of mine for many months now. It’s a bit gloomy but so is 2020.

Jim Bob (of Carter USM fame) wrote this song at the end of 2019.  He correctly guessed that 2020 would be a shit year.  At 27 seconds it’s the shortest song ever included in my blog.

19) Into The Outer Light by Juliper Sky

A five piece band from Manchester with some new shoegaze to take your mind off current problems and lose yourself in their swirling music.

A brilliant song from Andrew Johnson’s back catalogue.  The Crimson Bloom front man has been busy this year aside from releasing the Bloom’s second album.  He has also released three solo EPs which have all been included on a CD with 50% of sales being donated to NSPCC.  Buy the CD over on Bandcamp here  andrewjohnson1.bandcamp.com

Follow me on twitter @oldindiekid1 for more frequent ramblings and recommendations - otherwise I'll be back with my December round up early next month.

Here is my final monthly blog for 2020, a year that none of us will forget.  Like everyone else, I’m hoping next year will start to see a r... 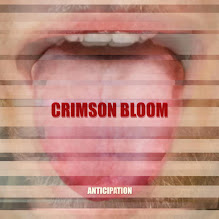